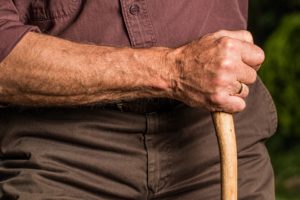 As tax season gets closer, the number of scam artists working the telephones in Nevada and across the country increases. Some persons may be surprised to know that many of the scams are made from call desks in foreign countries. The callers identify themselves as IRS agents, and they often make threats of ominous legal action against the victim if he or she does not do as instructed.

Of course, real IRS agents don’t make calls of that nature but the scammers have gotten away with at least $11 million in tax frauds so far this year. Those are just the reported ones — many victims who don’t discover they’ve been cheated don’t make reports. Elderly citizens are prime targets because their faculties and reaction times are slower in many cases.

The so-called agent often instructs the person to go out and purchase prepaid money cards that may be transferred easily.  Some of the victims later describe the experience as if they were caught in a trance, unable to challenge the instructions. Some admit later that the fright of prison and other legal sanctions threatened by the caller clouded their judgment.

Many of these fraudulent operations are based in foreign countries, with India being a prime location. English is a primary language in India, but if a victim listens carefully an accent may be detected. Federal investigators are in contact with Indian officials in an attempt to encourage them to close up the perpetrators, but the wheels of international fraud enforcement work slowly if at all.

The best way to stop the scam is for potential victims in Nevada and elsewhere to refuse to be taken in by the contrived web of lies and deception they hear. IRS agents do not make telephone collections, so the tax collection pitch should be an instant tipoff to hang up. Family members should monitor their elderly loved ones — some wayward victims may be easily swayed into believing that a catastrophe will follow if they don’t comply.