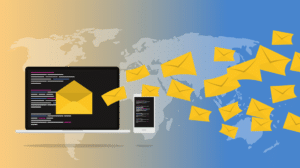 In the past 18 months or so, the IRS suffered several setbacks to its image and its apparent ability to act effectively. The accusations that the agency picked certain tea party political groups for exposure to higher tax scrutiny was a devastating blow to the agency’s credibility here in Nevada and throughout the country. It caused the President to sack  the IRS chief and appoint a new one.

The agency has thus suffered from charges of targeting, bonus controversies, illegal lien procedures, and collection mishaps in recent months. The change of leadership did not dampen the string of press exposures revealing the agency’s apparent systemic frailties and its occasional wrongdoing. For a country focused on budgetary problems and economic frugality, the agency’s string of debacles has been discouraging.

Add to the foregoing the mysterious loss of an IRS executive’s voluminous emails during a governmental investigation, and President Obama’s expressed belief that the agency is free of corruption remains under debate. At the heart of the matter, however, it nonetheless still looks more like a pattern of negligence and lack of aggressive leadership. That point is highlighted by the agency’s inability to stem the tide of tax return scams originating out of the nation’s prison system.

It appears that convicted criminals are stealing IRS funds through fraudulent tax refund schemes carried out right from their prison libraries. These scams account for a total of $1 billion in funds illegally bilked by prisoners in recent tax periods. These statistics were recently reported by the Treasury Inspector General for Tax Administration.

Amazingly, the report places blame not on the prisoners but primarily on the IRS. The TIGTA report calls on the IRS to be more vigilant in protecting the government from fraud. It appears in a sense surreal for the agency to be unsuspectingly paying hundreds of millions to criminals housed in government penal institutions throughout the country, including some in Nevada. Should the apparent breakdown in administration of the agency continue, taxpayers in Nevada and elsewhere may begin to lose faith in the agency’s authority to act.