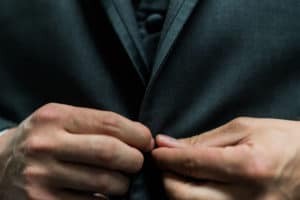 In one major regional IRS collection center, the supervisory revenue officer has stated that the agency will not collect against anyone who owes the agency less than $1 million. He attributed this to the budget cuts that have crippled the IRS ability to function at full capacity. It is unknown at this time whether the same policy has been adopted for Nevada or other collection districts.

Reportedly, the agency collects in the neighborhood of 93 percent of all revenue for the federal government. Nonetheless, budget cuts continue to keep the agency at a substandard level of performance, according to the IRS. It appears that these cuts, imposed for the past five years, have taken a toll on phone and personal services traditionally provided to taxpayers.

There have generally been excessively long waits for taxpayer services in most offices. In Dallas, where the announcement was made, there are estimated to be about 1,000 wealthy taxpayers who owe less than $1 million in back taxes. Those people will not receive a knock on their door, according to the supervisory revenue officer.

The usual procedure is for the agency to send written notice of a past due amount first. That is essentially an invoice from the agency. The next step for substantial accounts and businesses is often that an IRS agent will visit the taxpayer and begin a dialogue on the taxpayer’s ability to pay. In chronic cases, the IRS may act quickly to file a tax levy and a tax lien without making formal contact first.

The problem boils down to one of manpower, according to an IRS spokesman. There are simply too many wealthy people who owe taxes and too few agents to go after them. It is believed that the situation exists or is developing in all districts, including in Nevada. However, this does not mean that one should not pay his or her taxes. In any particular situation or location, the IRS may respond aggressively in collection matters, so that the agency’s policy cannot be predicted in advance from one location to another or from one taxpayer to another.