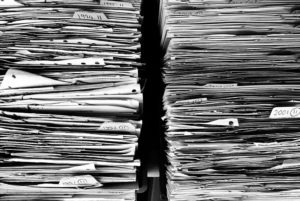 A recent report from the federal treasury suggests the nation’s Internal Revenue Service has not always followed its own tax guidelines when dealing with certain tax-related issues. According to procedure, the IRS is required to notify a taxpayer of tax liens within five business days of the filing. It may be of interest to Nevada residents that the service has been remiss in this responsibility.

The Treasury Inspector General for Tax Administration released this report following an audit of the IRS that ended in June of last year. It is up to the TIGTA to ensure the IRS is complying with tax code guidelines. Based on an audit of over 100 Notices of Federal Tax Liens, it appears the IRS is largely living up to those guidelines, except in the scenario in which a taxpayer is being represented by a third party.

In these instances, the IRS failed to notify the third party of the Notice, a move which the TIGTA believes may have adversely affected over 27,000 taxpayers last year. As a result, the TIGTA has suggested that the IRS overhaul its request form and modify its procedures to account for the error. It is hoped these measures will prevent similar errors in the future.

The IRS is not a perfect organization, and ultimately, it is the responsibility of the individual taxpayer or the duly-appointed Power of Attorney to ensure that all tax liens are dealt with appropriately within the allotted time. Nevada residents are urged to ensure their tax obligations are discharged in a timely manner in order to avoid complications. Support is widely available in dealing with any and all tax issues.