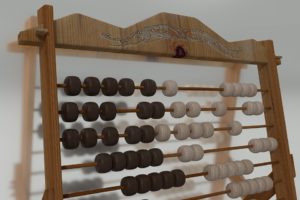 The tax laws pertaining to Nevada and all other states permit the IRS to accept less than the amount of back taxes due in order to compromise and settle and outstanding claims against taxpayers who truly cannot afford the amount due. The practice of using offers in compromise is generally understandable in light of the fact that a substantial amount of back tax bills are made up of late fees, interest and penalties. When one suffers true hardship, the government will do better by receiving what the person can afford rather than continuing futile collection efforts for what is essentially an impossible debt for the taxpayer to satisfy.

In true bureaucratic fashion, the IRS has been generally unpredictable in its receptivity to such offers. In some years, liberalized rules have stimulated more settlements with taxpayers while in other years strictly interpreted policies have reduced the collections from this vital tool. The IRS policy is theoretically based on the idea that if someone can afford to pay the debt, he or she should be compelled to do so.

If a person can comfortably get a loan to pay tax debts, for example, the person must do so. The process is thus geared toward determining the taxpayer’s ability to pay, or at least that is what is supposed to move the process of offers in compromise. The IRS uses a formula that combines assets with the value of the taxpayer to pay in the future.

That formula is called “Reasonable Collection Potential. ” Revisions of older formulas will result in a percent reduction in the amount required to settle tax obligations in five or fewer months, and a 60 percent reduction in the amount required to fully pay within 24 months. There are other more recent changes that may improve the chances of a taxpayer in Nevada and elsewhere of being accepted for offers in compromise. The safest and most effective way to find out about the process is to consult with a CPA or an experienced tax attorney.