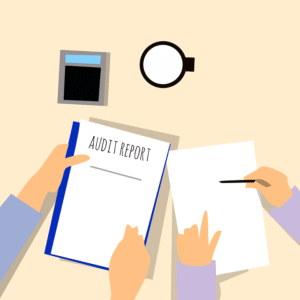 IRS Profiling in Henderson: Will You Be Audited?

Although some people are randomly chosen for tax audits, there are red flags the IRS uses to profile taxpayers. Understanding why certain people are chosen can help taxpayers reduce their chances of getting audited.

Why Are Some Taxpayers Selected for Auditing?

Sometimes, the IRS audits returns that are randomly selected. Document matching, which is where the IRS matches documents like W2s and 1099s filed by the taxpayer’s employer, clients, investments, or banks, to make sure they were reported on the tax return.

However, other some taxpayers may be picked for an audit because of red flags detected by the IRS’s “Discriminant Function System”. This program compares tax returns to similar returns the IRS has received in the past to detect patterns where mistakes or fraud may have occurred.

Who is Likely to Be Targeted by the IRS?

Business owners and the self-employed are also at a higher risk of tax audits. The IRS looks at business deductions like claiming a vehicle is used 100 percent for business, or a home office is used only for business and no other purposes. These businesses also need to be considered more than a hobby by the IRS; meaning they should show a profit for at least three out of every five years.

Additional red flags that the IRS looks for are:

Some red flags can be quickly cleared up by supplying the requested proof of claims made on the taxpayer’s return. The auditor will explain any changes that are needed to the return, including payment of taxes owed.

What is the IRS Audit Process?

When the IRS identifies a tax return to be audited, it will either notify the taxpayer by mail or phone to schedule an audit appointment. The IRS may request an in-person interview at its office or the taxpayer’s place of employment.