Defending Against IRS Penalties Under Section 6038

No Reportable Interests in a Foreign Country

Reportable interests in foreign corporations can be either share capital or share premium. Share capital is the original capital invested in a company through the issuance of shares. Share premium is the excess paid over the par value of a share that has been issued at a premium. If such interests were held by nominee entities, the taxpayer can stand a better chance at avoiding section 6038 penalties for untimely and failed filing.

The Tax Payer Was Not a “United States Person”

If it’s established that there was no reportable interest, the penalty may not occur. If it did, then step two of the defenses would be to argue whether the taxpayer was a “United States person” in relation to such interests. Section 7701(a)(30) defines a “United States Person” as any US citizen, resident alien, or a domestic legal entity, such as a partnership, trust, or estate.

The Failure to File Was Not Substantial

A tax attorney knowledgeable in resolving IRS tax problems can assess the situation of a taxpayer and provide tax debt help that suits the taxpayer’s unique situation. The attorney can also develop a strong defense against section 6038 IRS penalties on the taxpayer’s behalf. 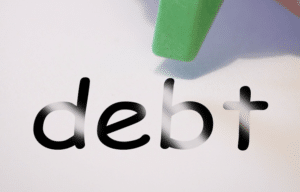 The main consequence of debt cancelation is the legal obligation to pay taxes on the...