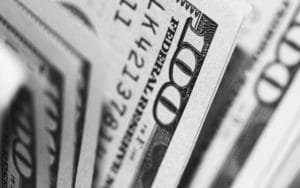 Some persons may find it a lucrative calling to become an informant for the IRS. Federal law contains provisions to compensate handsomely those who turn in tax evaders or other tax violators. Thus, in Nevada and all other states, the IRS pays between 15 and 30 percent for information leading to the recovery $2 million or more. This only applies where the delinquent taxpayer has income in excess of $200,000.

In April 2014, the IRS released its purported figures relating to how much it paid out in 2013 to whistleblowers. The report indicates $53 million paid out in its informant award program. The average amount paid to a whistleblower was $435,000, a fairly tidy sum that should encourage more of this kind of thing. The IRS indicated that it raised $367 million in taxes from these efforts.

For smaller cases, the award is capped at 15 percent and is described as discretionary, meaning apparently that there would be little or no incentive for anyone to act on smaller cases. In any event, the information provided must be specific and must result in the collection of funds. The IRS does not pay for speculation, guessing or innuendo.

For someone looking for some extra bucks, in Nevada or elsewhere, this might be an ideal way to do it. However, there is a downside, and that is that whoever is reported is not going to take it well, so that the informant may want to have a packed bag and a plane ticket ready at all times. Perhaps the ideal fact situation would be for the whistleblower to be able to turn in a person or entity that has caused him or her great harm. In that way, the government could be helped and the whistleblower could enjoy the IRS bounty without feelings of guilt or pangs of self-recrimination.