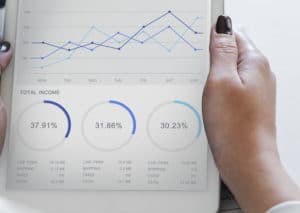 The IRS reports that its acceptance rate for offers in compromise has gone up from 25 percent in 2010 to 42 percent in 2013. The program that authorizes the IRS to consider offers in compromise from taxpayers who owe the IRS money is the main way that people can get their tax debt settled for less than the amount claimed due. The program applies nationally, including in Nevada.

The reasons that may be acceptable to for the approval of an offer in compromise center around whether the taxpayer can show a substantial likelihood that the tax claimed due can never be paid. The taxpayer must acknowledge a tax debt when making the offer and must prove an inability to pay the full amount. The process for getting such an offer approved, however, is not an easy task.

The agency has up to two years to decide whether to accept an offer. If it does not take action in the two years, the offer is legally deemed to be accepted. It may often take the full two years for the process to be accepted and completed. During that time, the IRS is known to put the taxpayer through a number of hoops designed to document as fully as possible the individual’s basis for getting a break.

Another stumbling block is that if the taxpayer’s finances improve during the two-year period, the IRS can use that as a reason to deny the offer or to raise the acceptable amount. According to IRS official statements, the goal is to find a compromise that benefits both the agency and the taxpayer. Unfortunately, according to tax attorneys and other taxpayer representatives, the system may arbitrarily vary from office to office. For example, there may hypothetically be a prevailing culture among the agents in a Nevada office to accept a reasonable offer more often than to reject it, whereas in another district there may be a prevalence to reject the offer and hope to collect at a later time.