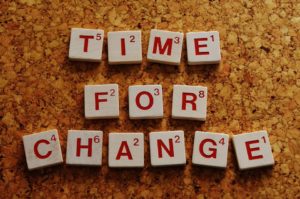 The critical issue regarding the operations of the Internal Revenue Service continues to be the alleged crippling effect that the budget cuts have had on its ability to do its job. Supporters believe that it’s unwise, in a time of budgetary deficits, to cut down the one agency that can collect the funds and restore financial solvency. But the IRS has had a bad run in Washington, and in the field also, with a majority of legislators and citizens condoning the reduction of operating funds to the agency. The effects will probably be felt in Nevada and nationwide as the auditing and enforcement abilities of the agency get more and more constrained.

Last year’s scandal regarding the targeting of the current administration’s tea party enemies for audits apparently took a political toll. It exposed the agency to grueling federal budget cuts. A new generation of computer software intended to modernize its ability to detect tax fraud has been put on hold. The new software had been projected to potentially increase collections by billions in future years.

In other issues, as discussed in prior blogs, some Senators are pushing to further lessen the influence of the IRS by hiring private collection agencies to collect back due funds. The issue is controversial due to the fact that, only a few years back, the same method was used and discarded as being unworkable. The key change appears to be that the agency may not have the political moxie these days to head off the move to resurrect that questionable private collection system.

Critics say that the IRS must, in effect, get more creative and find more innovative ways to deal with lower budgets. Critics point to other government entities that have had to do the same thing. It’s hard to see, however, how a government agency can streamline and modernize its procedures without making substantial capital investments and improvements in its infrastructure. The debate will continue for the time being, both in D.C. and nationwide, including in Nevada.