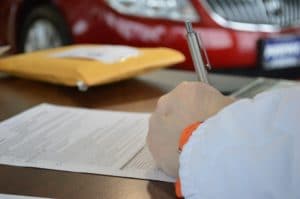 Without the resulting fiscal cliff deal, Nevada taxpayers and those across the nation would probably have been affected by tax hikes. With the expiration of certain tax breaks, the threshold for the alternative minimum tax (AMT) would have reverted back to laws from the year 2000, potentially opening up several million people to the possibility of additional IRS debt. However, Congress came to a deal on the fiscal cliff and averted the crisis. There is now a permanent solution for the tax so taxpayers can scratch it off their list of things to worry about during tax time.

Many suspected this year’s taxes would be a headache to deal with. But tax preparers across the country feel they will be able to deal with the changes that resulted from the fiscal cliff deal. Although the AMT was a major worry for taxpayers and preparers alike, other issues reared their heads, requiring workers to prepare themselves for many different scenarios.

College expense deductions and even IRA’s had to be taken into account, but it appears most things people were worried about have been successfully resolved. One of the biggest worries for prepares was if they changed the AMT. Fortunately that didn’t happen, allowing them to breathe a small sigh of relief. AMT will now adjust its threshold based upon inflation changes, removing the subject from future fiscal cliff happenings.

The fiscal cliff and the possible IRS complications that could have resulted have been narrowly avoided. This is likely a huge sigh of relief for Nevada residents and people across the country. Navigating all of the rules and regulations from the IRS can be a major headache. If an error is found, it could result in tax debt. This could mean a consumer may need to seek out help with the issue to try to come to an agreeable resolution for everyone.