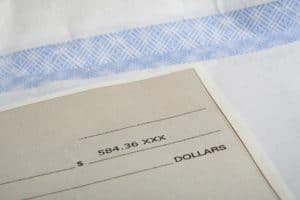 Strange as it sounds, the Internal Revenue Service has some money that it wants to pay out to certain persons who didn’t file tax returns. The IRS is holding $1 billion of unpaid tax refunds that were never claimed by qualified recipients. For example, in Nevada there are 13,300 persons estimated by the IRS who did not file returns in 2011 and thereby did not get refunds to which they were entitled.

It may seem unbelievable, but it’s due to the simple fact that many people who make very little money are entitled to a refund through the Earned Income Tax Credit program (EITC). Apparently, there are quite a few people who don’t know about the program and others who don’t bother to investigate it further.  It is designed to provide a tax credit to poor or middle class workers with relatively low income.

The credit is an important survival mechanism for many families because it returns a cash check to them after they file their returns. For 2011, the IRS estimates that the average credit to taxpayers in Nevada is $702. There is about $12,185,000 in funds waiting to be distributed just in Nevada for the tax year 2011.

The EITC is a principal program for fighting poverty in the country, and it has proved useful to qualified residents of Nevada. There is generally a three-year period to file a return and claim the refund. That means that to claim a refund for 2011, the return must be filed by April 15, 2015. Additionally, according to normal protocol, refunds will be offset by the IRS if a filer owes money to the agency, or if he or she owes child support or other funds to the government, such as student loans. Even in that event, it may be worth the taxpayer’s time to file a return and get the credit because it will be immediately deducted from the amount owed.