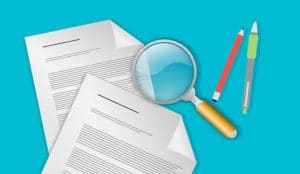 Are You the Target of an IRS Criminal Investigation?

Taxpayers that are suspected of violating federal tax laws have no room for errors. Without proper representation or advice from a tax attorney, it is too easy to make errors that could cause more problems. This can be true even when individuals are innocent of committing a suspected tax crime.

What is Considered an IRS Criminal Violation?

Special Agents from the Criminal Investigation Division (CID) of the IRS analyze violations of federal tax laws. Violations could include not filing a tax return, tax fraud, or tax evasion.

The CID may receive tips of potential criminal tax violations from ex-spouses, former business associates, former employees or publicly-reported information. Discrepancies with tax filings or omitting income could trigger a federal tax audit. IRS tax auditors notify the CID if they suspect false statements or tax crimes have been uncovered during a civil tax audit since the IRS treats civil and criminal matters separately.

Why Taxpayers Need to Be Careful

A person that is suspected of committing a tax crime may not immediately realize that he or she is being invested. The IRS may request that the individual speaks to them as a witness. However, during the investigation, the individual might find him or herself in trouble. Even when designated as witnesses, individuals do have the constitutional right to assert their Fifth Amendment rights against self-incrimination.

Simple mistakes, making false statements, or attempting to conceal criminal activity could result in being charged with a felony. When approached by the IRS for an interview, it is acceptable for individuals to be polite and refer any questions to their tax attorney to be safe.

Signs that an IRS Criminal Investigation is Probable

The CID does not always notify taxpayers if they are suspected of tax crimes. The Special Agents may begin their investigation without warning. By the time the taxpayer is notified, the CID already has gathered a substantial amount of evidence and is ready to charge the individual with a tax crime.

An IRS criminal investigation may begin with an audit, but it could begin in other ways, including: