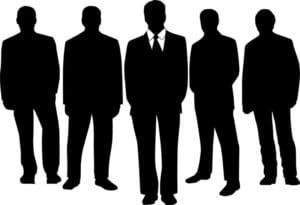 IRS considers the use of private tax collectors

In the wake of the government shutdown, many organizations are facing a surplus of backlogged work that must be addressed. The IRS is often derided as being an inefficient organization, as many Nevada residents can attest to, which is why some senators are suggesting the organization might benefit from “outsourcing” some of its tax collection work. The result would be at least a partial privatization of tax collection, sourced to independent operators.

One senator in particular is championing this motion, citing a report from the Treasury Inspector General for Tax Collection in which a large increase in Tax Delinquent accounts has been recorded over the last several years. It is estimated that in the last decade, tax debts have been increased by a staggering $100 billion. This, the senator suggests, points to a failing in the tax collection system.

The senator goes on to point out that collecting the revenue upon which the government relies to operate is the primary function of the IRS, a function that is going ill-addressed by the revenue service. He references a trial run of independent tax collection that resulted in the retrieval of nearly $100 million he says would otherwise have gone uncollected. Independent reviews seem to support the idea that privatized tax collection may shore up the deficit in service, which means private tax collectors could soon be a common fixture in IRS procedure.

Nevada residents, like most Americans, do not wish to be in debt to the IRS if such a scenario is at all avoidable. Certainly, this is made even more pressing by the looming specter of private collectors given the freedom to pursue outstanding tax debts. It is ultimately the responsibility of the individual taxpayer to ensure his or her taxes are up-to-date in order to avoid run ins either with the IRS or their outsourced collectors in the future.