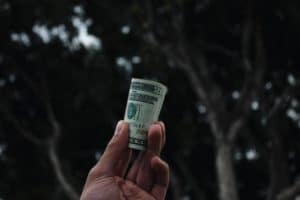 IRS can offset tax refund to pay other debts of taxpayer

Residents of Nevada and elsewhere tend to rely on their tax refunds each year to make special purchases, pay down bills, or to help fund a much-needed vacation. Unfortunately, a small percentage of taxpayers each year do not get their refund or they receive only a partial amount. That is because the IRS and other agencies are authorized to offset the refund against other debts owed by the taxpayer.

One of the biggest offset charges against federal income tax refunds is the amount owed on defaulted student loans. According to the Department of Education, a default is usually defined as occurring after a borrower fails to make payments for 270 days. Notably, if a spouse owes a student loan and the other spouse does not have any responsibility on it, then the taxpayer can file a form 8379, to request that the spouse’s income not be subject to the debt.

Thus, by taking appropriate action one can limit the offset solely to one’s own refund and not that of the spouse. Refunds may also be seized to pay for child support obligations. Additionally, one’s past IRS debts, if any, will be paid down by seizure and application of any refunds. There are several other possible circumstances that could act to reduce or offset the amount of a tax refund.

Further, where identity thieves file an income tax return in someone’s name, that person’s real refund check may be held up for an extended period of time. There were almost three million instances of identity theft in 2013, including a fair share of them here in Nevada. It shapes up as a major threat for the 2014 tax return cycle. Anyone victimized by such a scam should report it to the police immediately, and also fill out an IRS Form 14039, called an “Identity Theft Affidavit.”