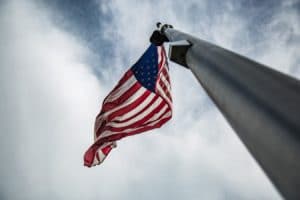 Since 2010, Congress has cut the IRS’s budget by nearly a billion dollars. But Congress has also tasked the IRS with new responsibilities to administer the compliance aspects of the Affordable Care Act.

As a result, the IRS’s ability to offer acceptable customer service to taxpayers has been negatively affected. During the most recent filing season, about one-third of phone calls by taxpayers seeking assistance weren’t even answered.

In this post, we will use a Q & A format to discuss how things got this way and what the impact is likely to be for the future.

Why is Congress so reluctant to fund the IRS more fully?

It’s true that the level of funding Congress has given the IRS seems penny-wise, pound-foolish. After all, it is well documented that every dollar invested in IRS compliance and enforcement efforts yields several times that amount in tax revenue that would otherwise have been uncollected.

Other federal agencies, such as the Transportation Security Administration, have experienced cuts as well, with a resulting reduction in service.

In the case of the IRS, however, there is also the fact that the agency made serious mistakes in 2013 in how it handled applications for tax-exempt status from conservative groups. The IRS has struggled to respond with proper transparency to that scandal, resulting in continuing tensions with Congress.

What are some of the ways that taxpayers are affected by the budget cuts?

Unanswered phone calls during filing season are only the most obvious example.

Other effects of the budget cuts include processing delays for basic services, such as processing installment agreements. You may have to wait a long time for your agreement to be processed.

The overall number of tax audits has decreased – though this certainly does not mean taxpayers can let their guard down.

What are the prospects for improvement in IRS customer service?

No significant change seems likely anytime soon. The House of Representatives is trying to cut the IRS budget even further. But neither the Senate nor the president has agreed to that.

We will keep you updated on this issue as the 2016 election year unfolds.