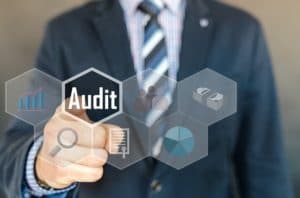 What penalties Can You Receive as a Result of an IRS Audit in Henderson?

When the IRS finds errors or misstatements during an audit, the taxpayer may be subject to penalties. Taxpayers have the right to hire a tax attorney or representative to assist them when facing an audit. The benefit of having professional help during a tax audit is that the taxpayer will have an ally working in his best interest if penalties are assessed.

Once the IRS completes an audit, it sends the taxpayer a report of its findings and the penalties assessed. The taxpayer has a right to appeal the audit if he thinks the findings are incorrect. If the taxpayer agrees with the IRS’s determination, he must make arrangements for paying any taxes and penalties owed.

The most severe penalties are given to taxpayers who are found to have committed a serious fraud in filing their taxes. When a taxpayer is charged with civil fraud after an audit, a 75 percent penalty on the amount of underpaid taxes may be assessed. Misstating the value of donated property can result in a costly penalty as well. The penalty rises accordingly to the amount overstated. If donated property is overvalued by 200 percent, the taxpayer would receive a 20 percent penalty.

Failing to report income is taken seriously by IRS auditors and will be penalized. Not reporting tips as income will result in a penalty of 50 percent of social security tax owed on that income. Attempting to file a frivolous tax return, like only claiming foreign-source income while living abroad will garner a $5,000 penalty.

A tax audit could trigger other penalties like a:

An audit does not automatically mean that a taxpayer will be required to pay penalties or back taxes. In 2015, 12 percent of correspondence audits and 9 percent of field audits ended in taxpayers’ favor.