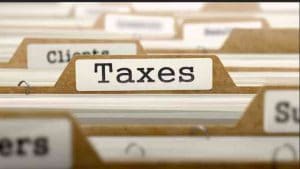 Guide to the IRS Appeals Process

Taxpayers who go through an IRS audit may dispute its results. They may do this by personally filing an appeal with the IRS Appeals Division or having their tax attorney file for them. The appeal process will differ according to how much money the IRS claims the taxpayer owes.

Once an audit has been completed, the taxpayer will receive an audit report. This report will show all the adjustments made by the IRS auditor to the tax return and how much money is now owed. There are two methods for making an appeal. The method used depends on the amount of taxes and penalties due.

If an audit results in more than $25,000 in taxes and penalties owed, the taxpayer must submit a written protest to the IRS. This protest must include the following:

At the end of the written protest the taxpayer must include a penalty of perjury statement that states: “Under the penalties of perjury, I declare that the facts stated in this protest and any accompanying documents are true, correct, and complete to the best of my knowledge and belief.” The document then must be signed under the statement.

If an audit results in less than $25,000 in taxes and penalties owed, a small case request is used to appeal the findings. The taxpayer has the option to submit a Form 12203 instead of submitting a written protect to begin the appeal.

Regardless of the method used, both must be filed within 30 days of the taxpayer receiving their audit report, unless the letter that came with the report says otherwise. The appeals protect could be rejected if not filed in a timely manner.

What Happens After the Appeal is Filed?

It takes three to six months for an appeal to be heard by the IRS Office of Appeals. In the meantime, collection efforts are suspended until the appeal is finished. The hearing will take place with an IRS Appeals Officer. The taxpayer may choose to represent themselves or have a CPA, enrolled agent, or tax attorney act as their representative at an appeal.

Results of the appeal will be sent within one to three months of the hearing. If the taxpayer disagrees with the results, he may file a petition to bring the case before a judge in the United States Tax Court.