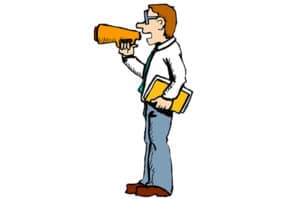 Since the IRS is relying more and more on electronic systems to receive and process new income tax filings, the agency must assure that its software systems are functioning properly and are ready to accurately handle about 150 million returns this season. The official tax paying season for 2014 opens in Nevada and elsewhere on Jan. 31, according to the IRS. The Acting Commissioner of the agency recently stated that it was making sure that its programming, testing and systems validation were functioning correctly in anticipation of the new season.

The deadline filing date for taxpayers is of course on April 15 but taxpayers can get an automatic six-month extension by filing a form prior to April 15. An amended return can also be filed after the original in order to correct any mistakes or errors. Furthermore, if the taxpayer doesn’t have the funds due, it’s best to file the return and include a note to the IRS that a payment plan is requested or that the payment is forthcoming. The alternative of not filing will lead to exorbitant penalties and interest.

A married couple may file what is called a joint return, which puts all of the filing information for the couple on one filing form. Generally, the filers of a joint return should receive a lower tax rate than if filed individually by each spouse. There are different rates for taxpayers who file as a single taxpayer, a head of household, and as married but filing a separate return.

The IRS, which operates as a part of the Department of the Treasury, by statute is charged with providing taxpayer services and education in all states including Nevada. It is in charge of assessment and collection of internal revenue taxes. The actual tax rates, however, are set periodically by the U.S. Congress. The agency oversees a process of rulings and regulations that rests on the agency’s interpretation of the provisions of the Internal Revenue Code. Dissatisfied taxpayers can appeal IRS decisions to the federal tax courts.