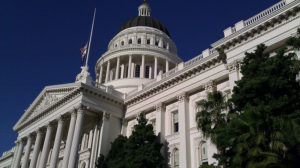 Allegations of unfair treatment have been plaguing the nation’s revenue watchdogs, and the controversy continues to deepen. In Nevada, senators are divided on their opinion of the recent claims that the IRS may be targeting conservative groups for review. Concerns about the organization’s government-mandated neutrality are at the forefront of this debate.

These troubling allegations stem from excerpts of a report that is not yet released in the nation’s capital, suggesting the IRS has been deliberately seeking out justifications to target certain groups with special scrutiny. It appears these groups, including the Tea Party movement, may be targeted due to their political affiliations. Of course, this is directly in opposition to the mandate of the IRS to maintain neutrality in political matters. The IRS is currently denying these allegations.

Nevada senators are of two minds on the subject. Several Republican senators have urged swift and decisive action from government powers, including a court investigation into key members of the IRS and the Treasury. Democrats seem to be pushing for caution, citing the dangers of “jumping to conclusions” in this matter. A closed hearing took place on May 20, and there has been no word yet as to the outcome.

The IRS is hardly the most popular organization in this country. Many people labor under the concern of being targeted for an audit, especially if they find they owe taxes back to the government. However, it is possible with the correct information and assistance to ensure your taxes are up to date and any tax debt you may be experiencing to be handled effectively in order to ensure the IRS does not come knocking at your door.