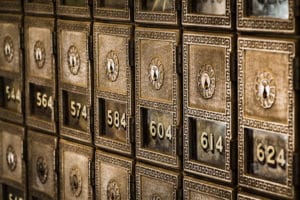 Many Americans have a dim view of the Internal Revenue Service, and the “tax man” is arguably no one’s favorite person. That is why it is vital to the average citizen to understand the rights and responsibilities involved with tax issues. For example, many Nevada residents may have deposited money into foreign financial institutions, but very few realize the IRS can view all of the financial information contained therein.

The reason why has to do with a law passed in 2010 called the Foreign Account Tax Compliant Act. This controversial act allows the IRS to carefully scrutinize all financial documents associated with a citizen’s off-shore accounts under the auspices of checking it for tax compliance. This is, according to some, is tantamount to the sort of surveillance being conducted by the NSA.

Even more, the act allows the IRS to share that information with other governmental agencies, and makes it difficult for American citizens living abroad to even have a local bank account in their country of residence. The literature surrounding the act suggests that the IRS can share detailed information about individual finances with a variety of governmental sources, including intelligence agencies. According to some, this could cause problems far greater than simple taxation issues.

It is the responsibility of every Nevada resident to understand how taxation works and what their rights and responsibilities are under existing tax law. The IRS, as a governmental agency, is in place to see that tax law is upheld throughout the nation and the world as it pertains to Americans. Understanding how the IRS works and what its powers allow it to do can go a long way toward avoiding issues with the tax organization in the future.

Source: reason.com, “How the IRS Can Share Your Bank Info With Security Agencies,” Matt Welch, July 26, 2013