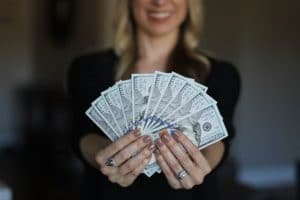 Income is income and must be reported, but how depends

Many people in Nevada have hobbies. Some people even make money at them. From a legal perspective, income is always considered income and the law requires that it be reported on your tax return. All income is not created equal, however, and as we observed in one of our past posts, if the IRS takes a different view of your income claims, consulting an attorney is the way to be sure you know your legal options.

In the example of that earlier post, the IRS disputed a Las Vegas filmmaker’s deductions for costs of a documentary she produced. It never made any money, though not for lack of trying. The IRS said the fact that she happened to have another profession and that the film never earned a profit was evidence she had undertaken the work as a hobby. The tax court disagreed. One way to read the decision is that the court found that the filmmaking was a side gig that never turned a profit.

The implications of the determination have even more significance today than they did when that case was decided. In the five years since then, the numbers of individuals in the U.S. earning extra cash from side jobs has steadily increased. Advancements in technology have opened up myriad opportunities as a recent Forbes article reported.

According to the story, some 280 million individuals are engaged in some form of side work and that 25 percent of them don’t declare what they earn on their taxes. The amount that goes unreported amounts to an estimated $215 billion a year.

Not reporting income is never a good idea. Failing to pay taxes could affect your take in Social Security payments when you retire. If you’re caught, the penalties can be significant.

If you do report certain income and attempt to claim deductions that result in a loss on your return, you will want to be sure, as the filmmaker was in 2012, that the deductions were legitimate business expenses and not related to a hobby.