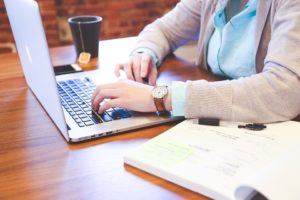 How long does a filing extension last? 3 things to know

For most taxpayers, filing your return in the middle of April is an annual rite of passage. To be sure, some people do file early. But if you don’t file until the filing deadline (April 17 this year), you’ve got plenty of company.

But what if you aren’t able to file at that time? In that situation, it is important to know that you are entitled to an automatic six-month extension. In this post, we will inform you about three useful things to know about filing extensions.

This year’s automatic six-month extension expires on October 17, but there are certain exceptions.

If you requested an extension for this year, the automatic six-month period ends on October 17, which is tomorrow.

There are, however, exceptions to this. One is for parts of the country affected by natural disasters. This includes areas of North Carolina hit by Hurricane Matthew, as well as Florida counties struck by Hurricane Hermine.

Members of the military also generally get a longer time to file.

There are often good reasons why it is not possible to file on time.

Having to get an extension does not mean that you did anything wrong. There are often reasons beyond a taxpayer’s control that prevent a taxpayer from filing on time. For example, your employer may have made a mistake on your W-2 or with your withholding that had to be rectified before you could file.

An extension does not necessarily mean you can avoid penalties and interest for late payment.

If you can show a reasonable cause for why you didn’t file or pay on time, you, you can avoid penalties for failing to file and failing to pay the taxes that were due. But if you can’t make this showing, you will be charged those penalties, as well as interest on the unpaid taxes.