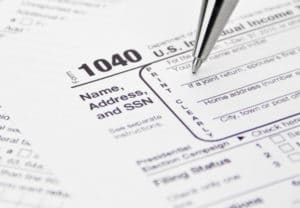 Anxiety, Trust, and Health Concerns while Dealing with IRS Debt in Henderson

A Taxpayer Anxiety Index may soon be on the way to help frustrated Americans with tax concerns reach live IRS employees.

The 2017 Tax Cuts and Jobs Act was the biggest change to the tax code in 30 years, and with it came much confusion. Individuals and businesses saw their tax rates cut and standard deductions doubled. It also put a cap of $10,000 for deductions for state and local taxes (SALT) and created a new deduction for partnerships and small businesses. The changes spawned new tax forms, however, and made calculating withholdings more difficult. Many taxpayers saw smaller refunds or more tax debt as a result.

The changes left about 1.2 million more people this year in the red when filing their taxes. And for some, this came as a surprise that they were not prepared for financially. Many of those who did not owe taxes saw smaller refunds because they did not have enough taxes withheld from their paychecks.

Taxpayers who sought help from the IRS found long waiting times to reach live IRS employees. Others experienced frustration trying to navigate the automated self-help system. Some people who were calling to make payment arrangements for their IRS debt experienced hold times of up to 50 minutes. Only 25 percent of callers were ever able to reach an IRS employee. This led to anxiety for taxpayers and distrust of the IRS at a time where the agency claimed it would be improving its customer service and modernizing its operations. Instead, it pushed taxpayers to more digital applications instead of human interaction.

In her final address to the Congress, national taxpayer advocate Nina Olson proposed that the IRS institute a “Taxpayer Anxiety Index.” This index would be used to determine a taxpayer’s anxiety level. Those with higher scores would be directed to a live IRS employee instead of a series of automated messages or the IRS website. If this index is implemented, it could help rebuild trust in the agency.