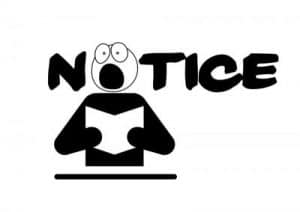 Many popular deductions have disappeared under the new tax code. Part of the largest tax overhaul in 30 years, the Tax Cuts and Jobs Act of 2017 and other reductions and eliminations have caused refunds to shrink and IRS debts and penalties to soar. The changes have led thousands of taxpayers to seek tax relief help.

Changes to the tax code came into effect with the 2018 federal income tax filing. While some filers have received significant tax breaks, others have found themselves owing money to the IRS. For those who were caught by surprise, filing a tax extension may have been only a temporary fix, especially if outstanding taxes have not been paid.

With the Tax Cuts and Jobs Act of 2017, the standard deduction increased to $12,000 from $6,350 for individuals and from $12,700 to $24,000 for married couples filing jointly. Additionally, the child tax credit doubled from $1,000 to $2,000. However, more than a dozen tax deductions and credits were eliminated or reduced, wreaking havoc on some taxpayers’ finances. Some of the most important changes include:

Options for Dealing with Tax Debt

When people owe tax debt, the IRS will begin the collections process by sending a notice to the delinquent taxpayer. It is always in the best interest of the taxpayer to attempt to resolve that debt as early as possible to avoid increases in interest and penalties. Fortunately, tax relief help is available.

For taxpayers who are experiencing financial hardship, it may be possible to make an Offer in Compromise to the IRS to reduce the tax debt owed. Filing bankruptcy may be another option to prevent wage garnishments, bank levies, or asset seizures.