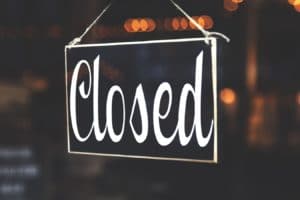 The Internal Revenue Service has issued a statement that will profoundly affect their operations during the governmental shutdown, according to local sources. Nevada residents facing certain types of tax issues may be pleased to learn that the IRS will not be issuing tax liens or levies during the shutdown. They will instead be limiting the scope of their operations to what representatives have termed “extremely limited” instances.

With the government shutdown well underway, some tax experts feared that the lack of governmental support would leave individuals delinquent in their taxes unable to fend off asset seizures typical of standard IRS procedure. Such seizures are referred to as “levies” and are capable of targeting any asset the IRS deems worthy, including property and bank accounts. A lien is somewhat less drastic, operating as a security on owed taxes.

However, the shutdown has furloughed some 90 percent of the IRS’ 94,000 employees, which limit’s the organization’s capacity to operate at peak efficiency. Therefore IRS representatives have decided not to pursue delinquent individuals and businesses for the duration of the shutdown. They are instead focusing on criminal cases, or non-criminal cases which may influence governmental interests.

Tax liens and levies can be very serious issues for delinquent taxpayers in Nevada and elsewhere. While the government shutdown has afforded a brief window of relative safety for those who reportedly owe taxes, it will not last forever. Anyone facing tax issues of this type is encouraged to seek out support in settling these tax debts quickly to avoid being censured by the IRS.