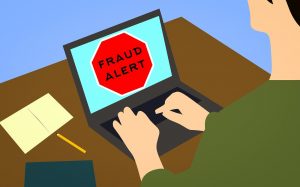 The tax code is confusing, and it is easy to make careless errors that could be considered negligence on the part of a taxpayer. However, income tax fraud is the willful action of tax evasion or trying to defraud the IRS of the money it is due. The IRS can usually tell the difference between fraud and negligence and will penalize accordingly.

Some Mistakes Happen, But Some Are Intentional

Not all tax code violations are fraud. However, not understanding the current tax laws can lead taxpayers into making mistakes when they file their taxes. Ignorance is not an excuse to the IRS. Almost 17 percent of taxpayers in some way violate the tax code. Of all the income tax frauds, 75 percent are committed by individual taxpayers, not corporations. But only less than one percent of taxpayers will be convicted of a tax crime. If the IRS deems the transgression as being negligence, the taxpayer may still receive a 20 percent penalty on the amount they have underpaid.

What Actions Are Considered Tax Fraud?

The IRS will look for signs that a taxpayer has:

The IRS also scrutinizes tax returns from certain taxpayer groups, like self-employed individuals, service workers who are paid in cash, accountants, car dealers, doctors, etc. who underreport their cash income. When a suspected discrepancy is found, the IRS will usually order an audit. The auditors will look for such suspicious activities as falsification of documents and receipts, overstatement of exemptions and deductions, concealing income, willfully underreporting income, among other activities.

Penalties Are Steep for Tax Fraud

While it is better for a taxpayer to be found to have just made an honest mistake, rather than having committed tax fraud, he or she may still be fined. The IRS could fine the taxpayer up to 20 percent of the amount of his or her underpayment.

The stakes are much higher for taxpayers who are found guilty of committing tax fraud. For example, if a taxpayer is convicted of trying to evade or defeat paying taxes, he or she could be imprisoned for up to five years, fined up to $250,000 or both and the cost of prosecuting his or her case. This is considered a felony, which also causes legal and social implications for individuals.