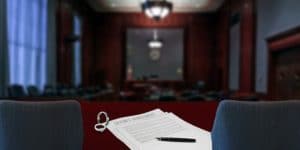 Tax debts that belong to an ex-spouse can result in an IRS tax lien that impacts future loan and real estate property sales, even after a divorce.

In Nevada, as a community property state, creditors can’t pursue individuals for tax debts their spouses acquired prior to the date of marriage. However, if a lien is placed on personal property because of an unpaid tax debt and not cleared before the divorce, it can create problems for the other spouse later.

A lien placed against an ex-spouse’s debt can be attached to real estate. The lien may be placed shortly after a tax debt becomes delinquent or several years later. In some divorce cases, a spouse is not aware of an existing lien until he/she tries to secure a loan or refinance or sell the house that was awarded in the divorce. A tax lien may have been imposed on the property years prior to the divorce and never cleared by the responsible spouse.

When considering divorce or going through the divorce process, it’s important to check for existing tax liens against the property. If one of the awarded assets in the divorce is the family home, the spouse receiving the house should avoid signing divorce papers until important documents are checked. To avoid potential problems with tax liens, the following information should be examined:

Is there still a mortgage on the home?

Are both spouses’ signatures shown on the mortgage loan?

Are both spouses’ signatures shown on the deed of trust?

Real estate is frequently transferred by quitclaim deed in a divorce, potentially exposing many people to an uncleared lien. According to the IRS, tax liens attached to a property transferred from one spouse to another in a divorce settlement are often not properly cleared prior to filing a quitclaim deed. To avoid problems with the IRS, quitclaim deeds should be registered promptly through official channels after receipt.