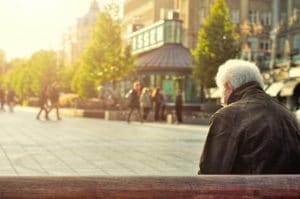 Some retired, disabled persons have run into a catch-22 situation that is frustrating and spirit-draining. It can happen to residents of Nevada and any other state. For example, one 66-year-old man lost his job as a sales director of a telecommunications company. His wife then died of a rare cancer after 36 years of marriage. He became drowned in debt and unable to pay his financial obligations.

It didn’t help when he was told that he had kidney cancer. He had surgery but discovered other debilitating conditions. He found it necessary to file for bankruptcy. But due to the nature of the bankruptcy laws he could not eliminate some $150,000 in student loan debts taken out to put his children through school.

His loan processor suggested he try for a disability forgiveness, which he was granted. Feeling like a breath of freedom had finally settled in to let him live out his years without undue stress, he got a notice from the Internal Revenue Service. The debt forgiveness was considered personal income to him.

He now had a whopping tax debt of $59,000, instead of a student loan debt. Due to the powerful collection powers of the IRS, he had gone from the frying pan to the proverbial fire. Although the government had given him a break by its liberalized loan forgiveness policy, it took away with the other hand by making him a virtual ward of the IRS.

Residents of Nevada or elsewhere could run into this nightmarish type of problem. In some cases, discharged or forgiven student loans are not taxable events. However, the man in this example did not qualify for that treatment. After consulting with a tax lawyer, he was able to determine that the bill could be reduced to $25,000 based on certain insolvency figures created by his financial obligations and limited income. He still now faces raising $25,000 or being pressured by the federal tax collector.