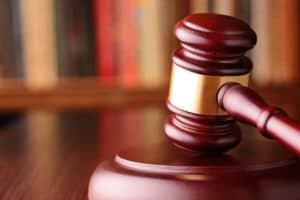 What to Do When the IRS Makes a Mistake

Provision of relevant documentation pointing out an IRS mistake and filing a petition with the tax court are some of the actions an individual can take to resolve tax issues caused by IRS errors. A taxpayer should also keenly follow up with IRS to ensure the error is rectified to avoid an accumulation of penalties. Some of the most common IRS mistakes include clerical errors, identity confusion, and failure to implement an extension after a taxpayer request.

Actions a Taxpayer Should Take When IRS Makes a Mistake

If a taxpayer realizes that IRS made an error, he or she should respond appropriately as instructed by the IRS letter. A mistake arising, for instance, from a taxpayer’s employer sending two versions of his or her W-2 to IRS can result in IRS doubling taxes. The taxpayer should point out the IRS mistake and provide documentation proving the accurate filing he or she made.

Following up with the IRS Adequately

After providing the right documents, the taxpayer needs to keenly follow up with IRS representatives to have them rectify errors on his or her filed returns. This step will prevent the accumulation of penalties.

Filing a Petition with the Tax Court

A person can file a petition with the Tax Court if he or she receives a Notice of Deficiency from the IRS resulting from its calculation errors. The timeframe for filing the petition is 90 days from the date of the notice. If the taxpayer fails to do so on time, he or she must pay the tax arrears in full before arguing his or her case in court and submitting a refund claim.

A taxpayer, however, can request for IRS audit reconsideration if an issue arises before the Notice of Deficiency is sent. A tax attorney can help a person facing penalties and back taxes due to IRS mistakes. The tax attorney will aid in negotiating a settlement with IRS Appeals while still retaining the option of petitioning the Tax Court should an agreement fail to be reached.

Common IRS mistakes include clerical errors, such as a typo, identity confusion that commonly happens when fathers and sons share the same names, and failure of an IRS representative to implement an extension following a taxpayer request. A taxpayer may end up getting penalized because of these mistakes when he or she isn’t legally responsible for the penalty.