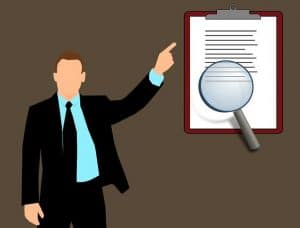 Did Someone Else Claim Your Child as a Dependent? Get Ready for an Audit

The Internal Revenue Service uses a special set of “tiebreaker” rules to determine which parent has the right to claim a dependency exemption for their child(ren). These rules are used if both parents make separate claims on their tax returns.

According to IRS rules, a dependent can only be claimed by one taxpayer. That dependent could be claimed by just one of two parents who were divorced or never married or another individual who has custodial custody, for example, a grandparent. The rules do not allow taxpayers to split a dependent, either. In some custody agreements, the parent who will be entitled to claim the child(ren) is sometimes named or the parents alternate years for claiming. In some cases where there are multiple children, the IRS accepts parents “dividing” dependents for tax purposes.

However, when the child(ren) is/are claimed by more than one taxpayer, this will trigger an audit for one or both taxpayers. The IRS will investigate the situation and determine which parent is entitled to claim the dependent(s) by using its “Income Tiebreaker Rules”:

What Are the Benefits of Claiming Child Dependents?

It is common for the custodial parent, meaning the parent where the children live for most of the year to claim them as dependents when filing their income taxes. However, this has changed with the Tax Cuts and Jobs Act that eliminated personal exemptions beginning from 2018 to 2025. But having one or more dependents is still beneficial for taxpayers because it makes them eligible to file for head of household status, the Child Tax Credit, and the Child and Dependent Care Tax Credit. For taxpayers who are eligible for the Earned Income Tax Credit, having dependents can increase the amount of the credit.