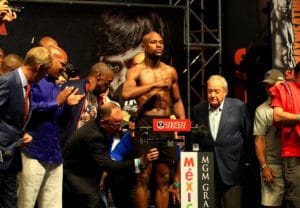 Champion boxer Floyd Mayweather is reportedly in trouble with the IRS over unpaid taxes. According to the IRS, Mayweather owes a total of $22.2 million in unpaid taxes. Over the course of his career, Mayweather has earned roughly $700 million for the 49 matches he has done. Mayweather earned about $220 million from a 2015 fight with Manny Pacquiao, and the IRS is claiming that he failed to fully meet his tax obligations on that payout.

Mayweather, who has come out of retirement to generate funds for the unpaid taxes, filed an appeal requesting a reprieve on payment of the tax debt until he is able to cash in on a much publicized fight with Irish MMA fighter Conor McGregor. Mayweather has also requested a decreased tax penalty in connection with the unpaid taxes.

Filing an appeal of an IRS determination about tax obligations can be an important way for taxpayers to protect their financial interests. There are a number of reasons why a taxpayer may choose to file an appeal, such as:

Taxpayers who appeal an IRS determination need to be prepared to fully substantiate their disagreement, and it is critical to work with an experienced attorney who understands the law, who is able to clearly articulate the relevant facts of the case and how the law applies to the facts, and who understands the law of collections and how to negotiate with the IRS regarding payment of tax debt.