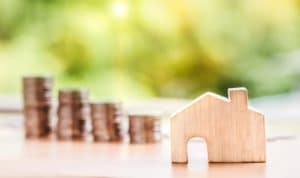 In the first part of this post, we noted that forgiven debt is generally treated as income. In this part of the post we will discuss a specific aspect of this: the cancellation of mortgage debt.

The issue became very important in the wake of the real estate crisis that partly triggered the Great Recession of 2007-2009. Millions of homeowners were unable to make their mortgage payments. This led to huge numbers of foreclosures, as well as many mortgage modifications and short sales.

Congress stepped in with legislation called the Mortgage Forgiveness Debt Relief Act. Enacted in 2007, this law exempted forgiven debt from a mortgage from income taxes.

The law had a lot to be said for it in terms of basic fairness. After all, hitting a homeowner who has been foreclosed upon with a tax bill for cancelled debt is like hitting someone when they are down.

Real estate professionals also argued that a tax break on forgiven mortgage debt was good for the housing industry as a whole. It helped people move forward after encountering unsustainable mortgages.

But the Mortgage Forgiveness Debt Relief Act was meant to be temporary, not permanent. As the country got farther away in time from the Great Recession, keeping the tax break in place become politically difficult. It expired at the end of 2014.

The break expired – but then Congress revived it. In December 2015, Congress included an extension of the tax break for forgiven mortgage debt in a package of other tax laws to be extended. The mortgage debt break now applies through the end of 2016.