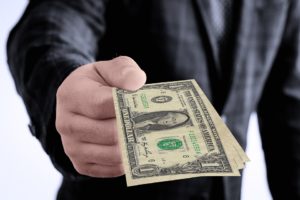 A surprising proposal put forth by an Internal Revenue Service taxpayer advocate would have those treated unfairly offered a $1,000 “apology payment” according to recent reports. Nevada residents understand the frequency with which the IRS incorrectly assesses tax situations for many Americans. Given an increasing number of complaints to this effect, the advocate is suggesting the IRS offer such payments as something of a symbolic apology.

The rationale behind the proposal is not to reimburse a taxpayer who has been wronged by the service, but rather to restore citizen confidence in the taxation system. Considering the recent scandal involving the additional scrutiny laid against Tea Party organizations by the IRS, it is hoped such a move would work to restore faith in the organization’s failing reputation. This was also motivated by the IRS’ failure to involve the office of the taxpayer advocate when they fell behind on processing.

The taxpayer advocate has identified several systemic issues within the operational framework of the IRS. Underfunding as well as a lack of appeal rights and application tracking has damaged the organization’s ability to effectively operate. She has suggested an overhaul of the IRS’ application form system as well as several other sweeping changes, which she proposes could be done with assistance from her office.

It is true that the IRS, like any organization, is not without its flaws and failings. Any Nevada resident that has experienced frustration during tax season understands the system is not perfect. Anyone dealing with difficulties regarding tax issues may benefit from seeking additional support to identify where the issues have occurred and how best to go about remedying them.