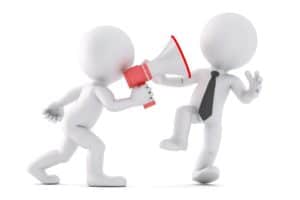 A levy is generally defined as a seizure of property through a legal process. The word has several other meanings and permeations, but in income tax parlance, an IRS tax levy issued in Nevada or elsewhere is basically a legal seizure of your property to satisfy a tax debt. The law requires that when the IRS intends to issue a levy on the taxpayer’s assets, it must notify the taxpayer at least 30 days prior to doing it.

Under Internal Revenue Code Section 6330 and the IRS Restructuring and Reform Act of 1998, a taxpayer generally has a right to a hearing prior to levy; that is why the IRS must send advance notice. The Treasury Inspector General for Tax Administration is responsible for monitoring the legality of IRS procedures. A recent report from the TIGTA states that the IRS does not always provide the mandatory notice.

The problem arises where there is an additional assessment made on the tax period listed on the levy. The IRS did not in 90 percent of the cases give another notice to levy on the basis of the additional assessment. The IRS responded to the TIGTA that it reprogrammed its computers to fix the problem, but it remains to be seen whether in fact there remains a glitch in practice.

The levy in these instances is akin to what is also called a garnishment. The IRS in essence freezes the individual’s bank or other account and seizes the funds. In general, then, it appears that the notice of intent to levy is usually issued to the taxpayer, except when it is based on an additional assessment for the same tax period already indicated by the original levy.  Resident taxpayers of Nevada or elsewhere who may be subject to an IRS tax levy should take care to check whether the agency has followed the rules.