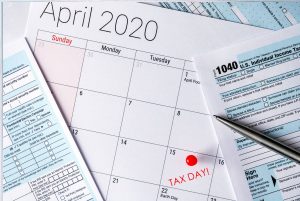 Are You Accidentally Committing Tax Fraud?

A taxpayer may commit tax fraud accidentally when he or she makes a genuine mistake. This is considered a negligent action, which is not as serious as intentionally committing fraud but still carries consequences.

The IRS reports that around 17% of American taxpayers fail to adhere to the tax code in one way or another, but only less than 1% end up with a criminal conviction. A taxpayer should always be careful to ensure such a slip-up doesn’t reflect on the tax return.

Leaving a section of the return unfilled or unintentionally filling out something on the incorrect line is one of the common errors taxpayers make. A simple mistake, such as entering deductions on the incorrect line, may lead to a thorough IRS investigation. If a taxpayer is supposed to make a payment and an error on the wrong line adjusts it to a refund, IRS could misinterpret this slip-up as tax fraud. In Las Vegas, a tax attorney can help a taxpayer in such a situation resolve the issue with the IRS.

Underpaying taxes because of using the wrong return form is another factor that can get a taxpayer into problems with the IRS. A taxpayer may easily mix up a 1040EZ form, ending up creating a significant difference in what he or she is actually claiming. A 1040EZ is ideal for a taxpayer with a simple return – no IRA deductions, business expenditures, or student loan write-offs.

The IRS estimates that around 60% of taxpayers in the U.S. hire tax preparers to file their returns, and most of these preparers are trustworthy. Some dishonest tax preparers may, however, want to increase their fees by tricking taxpayers into claiming incorrect deductions or credits. Before hiring a tax preparer, vetting him or her thoroughly and checking his or her IRS Preparer Tax Identification is a wise decision.

Miscalculating a deduction may be more of negligence than a tax fraud unless it occurs frequently. The best practice is, however, to keenly examine every figure before subjecting it to a tax return. Although making an addition rather than a subtraction might be a simple mistake, it may significantly change a taxpayer’s actual liability. Miscalculating the total income is a mistake that a taxpayer should try his or her level best to avoid.