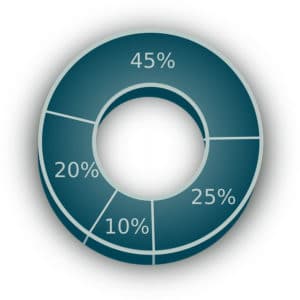 A Nevada tax audit most likely in only 1.1 percent of cases

As we draw near to the height of tax season, many Nevada residents begin worrying about potential pitfalls that could arise. Some worry that a tax audit may be looming in the future without truly having much cause to fear one. Sure, tax audits are always a possibility, but statistics indicate that the IRS conducted them for only 1.1 percent of all individual tax returns that were filed in 2010 and 2011.

Those who may still worry about the possibility of audits may find it helpful to learn more about the specific warnings signs that tend to invite closer scrutiny from the IRS. Typically, tax returns go through a computerized system that double checks for errors, such as calculating and clerical mistakes. These can include inaccurate addresses or incorrect Social Security numbers, for instance. If a simple mistake is noted, the system will recalculate the tax amount due and then send a notice to the taxpayer.

As far as potential warnings signs go, the IRS is fairly tight-lipped about what exact process it uses. However, there are several things that experts believe the IRS will take a closer look at, in particular. First is any significant amount of income that is apparently not subject to having taxes withheld. Second are any unusually high amounts of deductions that seem out of order when compared to the amount of income which is being claimed.

Another item that can invite a potential tax audit for Nevada residents is claiming a larger number of dependent exemptions than holds up to the SSNs reported or what are allowed under tax withholding allowances. Also, if a homeowner reports a new address without indicating a sale of the home or changing the home-related deductions could inspire a closer examination from the IRS. However, with all that being said, it is important to remember that taxpayers who maintain accurate records and properly report their deductions and income should have nothing to worry about come tax season.