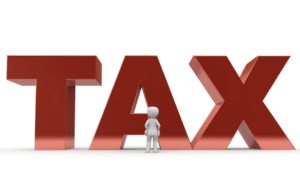 A brief look at tax liens, and getting the IRS to release them, P.1

We previously wrote on this blog about the return of Floyd Mayweather Jr., out of return, to engage in a match with UFC champion Conor McGregor. As we noted, Mayweather’s motivation for taking on the match is largely that he needs the money to satisfy the IRS, which claims that he owes millions in unpaid taxes from 2015, which was his last major fight.

Since we began looking at this story, it appears that the IRS has released Mayweather from a $3.3 million tax lien after he paid that amount off. Mayweather still owes plenty, though, as the lien for $22.2 million still stands. Mayweather apparently also owes another $7.2 million from 2010.

Tax liens represent the IRS’ interest in a taxpayer’s property when the taxpayer fails to pay tax debt. Essentially, it is the government’s way of making sure it gets what it claims the taxpayer owes. A tax lien attaches to all present and future assets, including business property, rights to business property, and accounts receivable, until the debt is satisfied.

A taxpayer’s credit may be limited as a result of a tax lien. As we’ve discussed before, bankruptcy doesn’t necessarily discharge tax debt, so tax liens may continue after bankruptcy along with the debt. Typically, the only way to have a tax lien released is to pay the amount off.

Typically, paying tax debt in full is the only way to get rid of a tax lien. When final payment is made, the IRS is supposed to release the lien within 30 days. In some situations, though, the effect of a tax lien may be limited even without satisfying the debt in full. We’ll take a closer look at this in our next post, and how an experienced attorney can be of assistance in these matters.