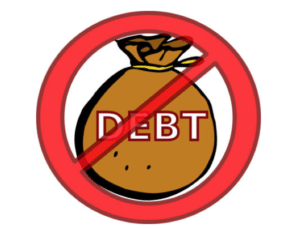 How to Stop IRS Tax Debt Collection in Henderson NV

There are various courses of action taxpayers in Henderson can take to stop IRS tax debt collection activity. Delinquent taxpayers should take action immediately after receiving the first notice demanding payment. Ignoring a demand for payment can lead to wage garnishment, seizure of assets, damage to a credit report, and the revocation of a passport.

Requesting an Explanation of the Tax Debt

In some cases, taxpayers may be unaware that they owe the IRS until that first IRS demand for payment notice arrives in the mail. It may also be possible that the IRS has made a mistake. Taxpayers have the right to question the accuracy of their tax debt by asking for proof of an error found on their return or other evidence that supports the IRS’s claim.

The IRS cannot refuse a taxpayer’s request for proof that back taxes are owed. Taking this action will delay the IRS debt collection process. It will also give the taxpayer additional time to seek advice from a tax lawyer or make financial arrangements to pay the tax debt.

Negotiating with the IRS for Tax-Debt Relief

The easiest way to stop the IRS from collecting the money it is owed is for the taxpayer to simply pay his or her tax debt. However, this might not be possible for everyone. If tax debt cannot be paid in full, taxpayers should try to negotiate with the IRS using one of their tax-debt relief programs. These include:

While the taxpayer works with the IRS to select a tax relief plan, the collection process will be temporarily suspended. If the IRS approves the plan, it will stop all collection activity, provided the taxpayer abides by the terms of his or her repayment agreement.

When all attempts to resolve tax debt have failed, a delinquent taxpayer could choose to file for bankruptcy. This will automatically stop the IRS’s collection efforts but will have an adverse effect on the taxpayer’s credit for at least seven years. Taxpayers considering this option must have tax debt that is over thirty-six months old.