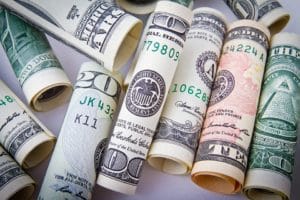 A complicated bit of accounting has been used for some 15 years to allow NV Energy to collect taxes from utility customers in Nevada and not send the taxes to the IRS. The utility, owned by Warren Buffett’s Berkshire Hathaway Energy, has collected at least $126 million in tax payments from companies that are involved in new projects needing electricity. It is apparently legal for NV Energy to withhold the money from the IRS due to the company’s ability to deduct large amounts for the money it invests in infrastructure development of the new private projects.

Despite the apparent legality of the practice, some large companies in Nevada have questioned the practice. Additionally, the Bureau of Consumer Protection in Nevada has had its representative testify before the Nevada Public Utilities Commission that the practice is “inappropriate and inequitable.” NV Energy claims that in using the funds to offset its capital expenditures, it protects customers from higher utility rates.

The PUC appears to support the practice, claiming that the funds go to reduce the rates for everyone else. In a statement, NV Energy intimated that it will stop the practice next year by not taking the deductions anymore. The inference is that the tax funds will be turned over to the IRS but that remains unclear at this time.

Businesses generally are criticizing the practice by indicating that the funds they pay out are passed on to consumers through higher prices, and in the case of developers, through higher land costs and home prices. The Bureau of Consumer Protection has released all of the documents it accumulated in its investigation, but the Nevada PUC took what could be called an anti-consumer position by refusing to release its records. The Bureau of Consumer Protection indicated that the practice is free money for the utility and that it should have passed the funds on for rebates to customers. NV Energy claims that it has made some refund payments to business customers. Meanwhile, there is no indication whether the IRS asserts any claim on the $126 million in tax payments withheld to date.