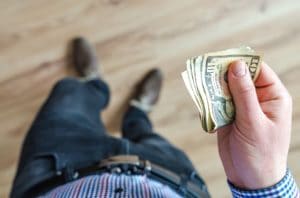 Tax debt is an issue affecting people nationwide, including some right here in Nevada. While some people try to figure out how they are going to pay their tax bills, which can be a significant sum, they may look for services that offer tax debt relief options. These so-called tax relief firms often make outstanding claims of being able to significantly reduce taxes owed, but the authorities say that consumers should be cautious before accepting or paying for any services offered.

The Federal Trade Commission recently succeeded in shutting down one of these companies that claimed to be able to reduce tax bills. American Tax Relief advertised its services nationwide, and many people struggling with significant tax debt signed up only to find that their situations did not improve. Several complaints were received regarding the company’s business practices, including its collection of up-front fees that cost people thousands of dollars.

At the request of the of the Federal Trade Commission, a federal judge ordered that the business be shut down. American Tax Relief, while still denying any wrongdoing on its part, has agreed to settlement terms in this case. In total, $16 million will be refunded to approximately 18,000 individuals nationwide who paid American Tax Relief for services. Unfortunately, consumers will not receive a full refund of the money they lost using this company, but a partial refund will grant some financial relief.

Nevada residents who are struggling with tax debt do have legitimate relief options available. Applying for an offer in compromise through the IRS may result in a reduced tax bill, if financial hardship can be established. Affordable payment plans may also be arranged, where appropriate. Other legal options — such as a bankruptcy filing — to reduce other debts may provide acceptable solutions, which would then free funds to pay taxes owed. No matter how bad the debt may seem, there is generally a way to resolve the issue.