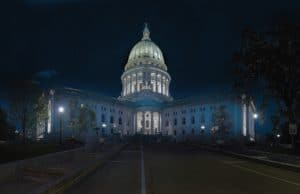 The IRS is being challenged for what may be another overly aggressive collection tactic that has seemingly caused a lot of injustice to struggling families. The Treasury Department has been intercepting federal and state refunds to cover alleged overpayments made to families over ten years ago. These debts may represent money not even owed by the taxpayer whose refund is taken. Rather, it is allegedly owed by the taxpayer’s parents. The IRS has carried out this practice on behalf of the Social Security Administration in Nevada and nationwide.

The activity has raised the eyebrows of several United States Senators. Two of them asked the Social Security Administration to halt the practice, which has gone on for three years. The problem affects about 400,000 families that once collected Social Security benefits, according to an article in the Washington Post.

The trigger story in the Post described the plight of a federal worker who lost her tax refunds recently to pay off a 37-year-old overpayment in the amount of $2,996. There’s been no showing by the government that the surviving relative ever saw or received the benefits. The Senators called the procedure “entirely unjust.”

The IRS seized $1.9 billion in tax refunds this year, of which $75 million represented debts older than a decade. Social Security itself has identified about $714 million in old debts, owed by residents of Nevada and all other states. It’s a frustrating experience when a citizen is exposed to the arguably oppressive procedures of governmental agencies that appear to have lost sight of the basic principles of fairness and common sense.