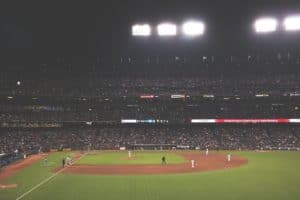 The IRS has many tactics at its disposal to collect on its assessed bills against delinquent taxpayers. Residents of Nevada and other states may be surprised to learn that the agency can seize and auction off a person’s deferred annuity to pay off tax debts. That is precisely what the IRS is doing with a federal tax lien and levy that it made against the future proceeds of an annuity owned by former baseball star Darryl Strawberry.

The payment plan was negotiated in Strawberry’s 1985 $7 million contract extension with the Mets. A part of that amount was put into an annuity to be paid out over 30 years during the player’s retirement. It may have seemed a smart benefit for the star who later got mired down in drug abuse and even contracted cancer.

Now it appears that Strawberry won’t get to enjoy the fruits of his contract benefits. The IRS has announced that it will auction off the right to receive the monthly checks, now in the amount of $3,346.84 and expected to peak at $8,895.69. There is a minimum bid of $550,000 that the agency will accept for the right to receive the remaining $1.28 million.

The funds were supposed to be paid out to Strawberry’s former wife for alimony and support, but a federal district court ruled that Strawberry owned the income, opening the door for the IRS to step in and make the seizure. Strawberry’s legal position in the matter has not been reported, and he apparently presents no defense to the actions. This unusually aggressive collection action of the IRS is another example of how the agency benefits by the imposition of tools like the federal tax levy and the federal tax lien. Once a lien is filed, whether it be in Nevada or any other state, it attaches itself to all  personal and real property of the taxpayer.