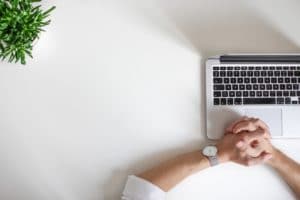 The Government Accountability Office (GAO) recently reported that the substantial budget cuts suffered by the Internal Revenue Service in the past few years has resulted in staff reductions and “uneven performance.” The GAO reports that the IRS budget cuts total $900 million since the 2010 fiscal year. The government may in a sense be cutting off its proverbial nose to spite its face sequester cuts of $500,000 last year are associated with a dip in tax revenue of more than $2 billion. The impact on IRS personnel and on taxpayers is felt in Nevada and throughout the country.

Furthermore, enforcement collections are $4.3 million lower from four years ago, according to the IRS Commissioner. He explained to Congress that the reduction in audit revenue was directly caused by a reduction in the number of audits performed. Additionally, service to the public is drastically down at the same time. For example, the GAO reported that 15.4 million telephone calls went unanswered last year.

The reduction in service to the public has reportedly taken a toll on taxpayers frustrated by an absence of assistance previously received and expected. The National Treasury Employees Union reports that taxpayers are “angry and irate” with the inability to get assistance at both the walk-in assistance centers and through telephone assistance. Another area hard-hit was employee training, which the GAO reported to be down to $250 per employee from a previous high of $1450.

It may be that certain taxpayers who owe the IRS money are actually relieved at the lessened effectiveness of the agency’s collection efforts. However, relying on extraneous factors to relax is not recommended. Carrying a large back tax debt for several years is a prescription for trouble that will predictably catch up sooner or later. However, It may be a good time, whether in Nevada or elsewhere, to present one’s request for an offer in compromise or for a payment plan due to the outside chance that fewer staff may mean a better chance of approval.